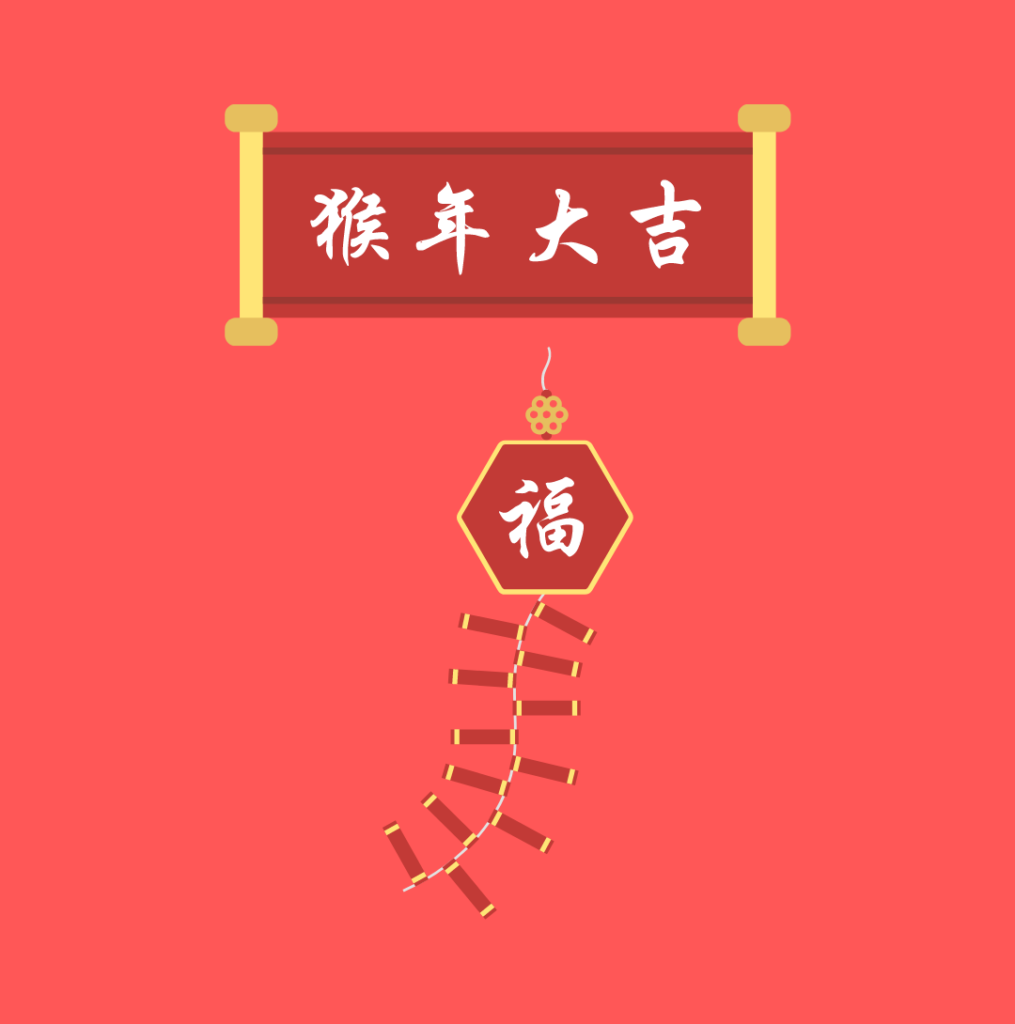 What is Chinese New Year?

Chinese New Year is also known as the Spring Festival and is the most important celebration in the Chinese Calendar. Every year, the Chinese tradition is named after one of the 12 animals which feature in the Chinese Zodiac: Rat, Ox, Tiger, Rabbit, Dragon, Snake, Horse, Goat, Monkey, Rooster, Dog and Pig.

Chinese New Year celebrations in China start on the 23rd day of the 12th lunar month of the Chinese calendar. The festival lasts for about 23 days, ending on the 15th day of the first lunar month in the following year in the Chinese calendar. Preparations for the new year begin 8 days in advance of New Year’s and last until New Year’s Eve. After this, Chinese New Year officially begins and lasts 11 days. Preparations for the Lantern Festival start on the 12th day with the Lantern Festival held on the 15th day.

Here are some experiences from some young people who celebrate Chinese New Year!

Do you celebrate chinese NY? Or did you use to?

Traditionally in China, everyone goes home for the new year to celebrate. I haven’t yet experienced a new year with all my relatives in China because the academic year and public holidays here in the uk do not align with the lunar new year. I would love to experience it in the future though! I normally just celebrate with my parents by calling relatives wishing them a happy new year, as well as eating traditional foods.

What is Chinese NY? Why is it a thing?

Is it important to you?

I see it as an opportunity to connect and spend time with family members, so I can appreciate how important it is in China. It’s also a time that allows people to relax and celebrate before going back to their everyday life.

In some parts of China it is traditional to eat dumplings and in other parts it is traditional to eat rice cakes and glutinous rice balls. It’s also tradition in China for children to receive red envelopes filled with money from their elders. Red lanterns, new year’s poster decorations and standard celebrations like fireworks and feasts are also very common.

Do you celebrate Chinese New Year?

Yes, I do. I usually go back to Hong Kong to celebrate Chinese New Year. On New Year’s Eve, I firstly pay respect to my ancestors and then eat a reunion meal with my grandparents in the evening. Dishes include fish, dumplings and oranges and tangerines for dessert. After, fireworks and firecrackers are set off. On New Year’s Day, I watch the lion’s dance and visit relatives and friends.

Is it important to you?

Yes, it is. Chinese New Year is considered the most important festival in Chinese culture.

Before starting preparation for Chinese New Year, it is traditional to clean one’s home. This is similar to a spring clean and symbolises a wish to put away old things and bid farewell to the old year and welcome the new year. After, people decorate their homes with new year decorations such as with lanterns and red couplets. In the evening, people offer sacrifices to ancestors and enjoy a Reunion dinner with family members.

On New Year’s Day, people set off fireworks and firecrackers. In many rural areas, it’s customary to set off firecrackers before dinner, each day from New Year’s Eve to day 3 of CNY. It’s believed that the louder the firecrackers, the better and luckier it will be for business and farming in the coming year. Afterwards, people enjoy the traditional lion dance.

Overall, Chinese New Year is something special for people who celebrate it and it means something different to each individual.

We would love to hear your experience with Chinese New Year so why not get in contact with us through our social media at Platfform4yp!