Should there be gender division in schools? 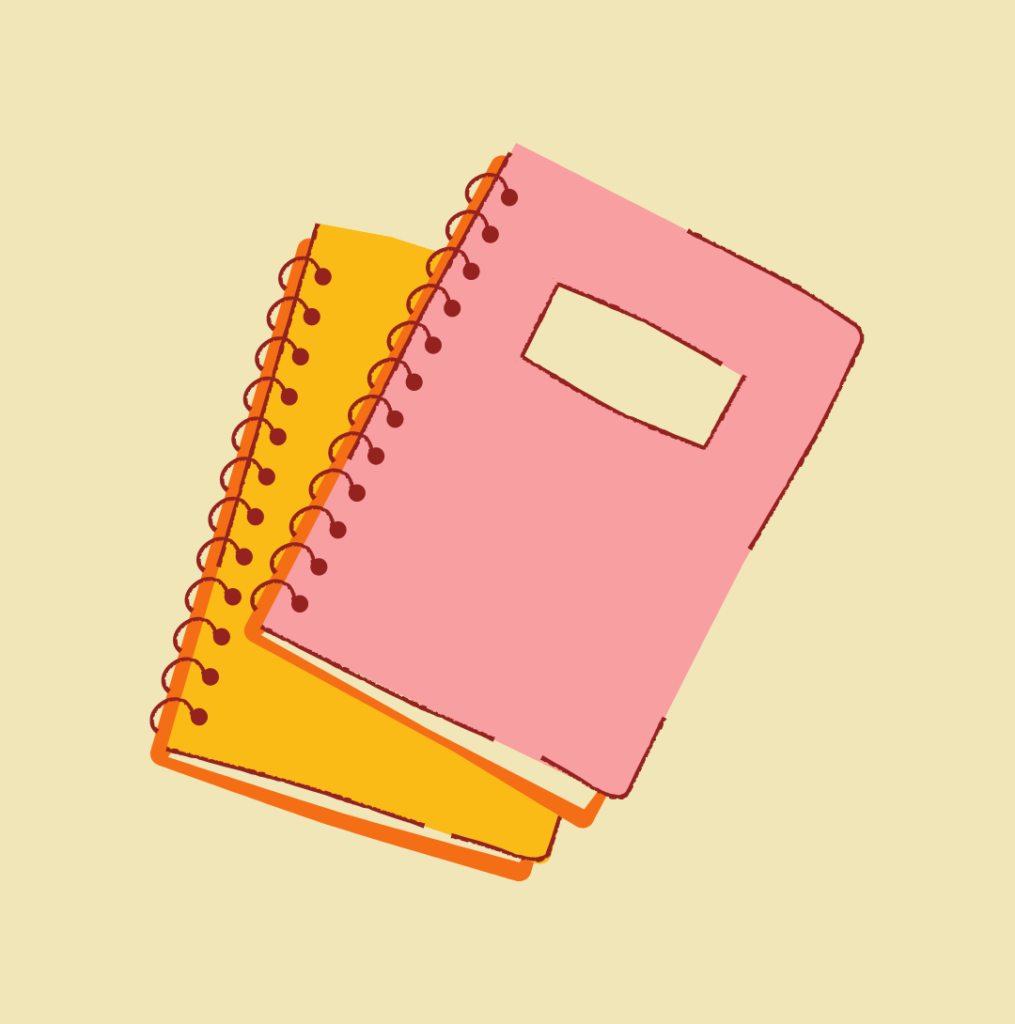 Schools can consist of mixed schools, all boys or all girls schools. There are always going to be advantages and disadvantages of all three. Schools in general can have an affect on your mental health and wellbeing.

In my opinion, it doesn’t really matter what school someone goes to as long as they are getting some sort of education. For me, I preferred going to a mixed school as I feel that allowed me to become more socialable with other genders and learn from them.

This is because within the workplace and other aspects of life, genders aren’t always separated so it allows people to understand each other from the get go. As well as allowing people who don’t identify as either a man or a woman feel accepted into the school system.

Advantages and Disadvantages of mixed schools 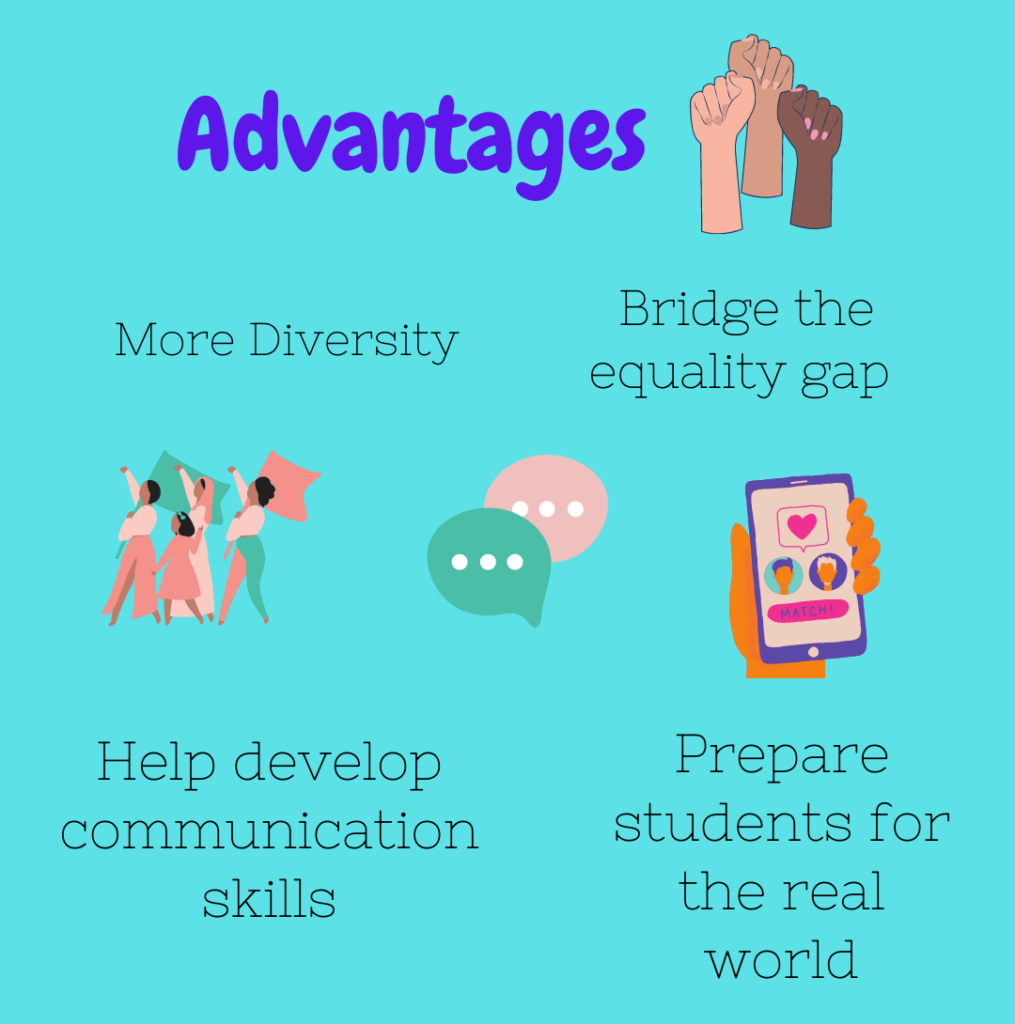 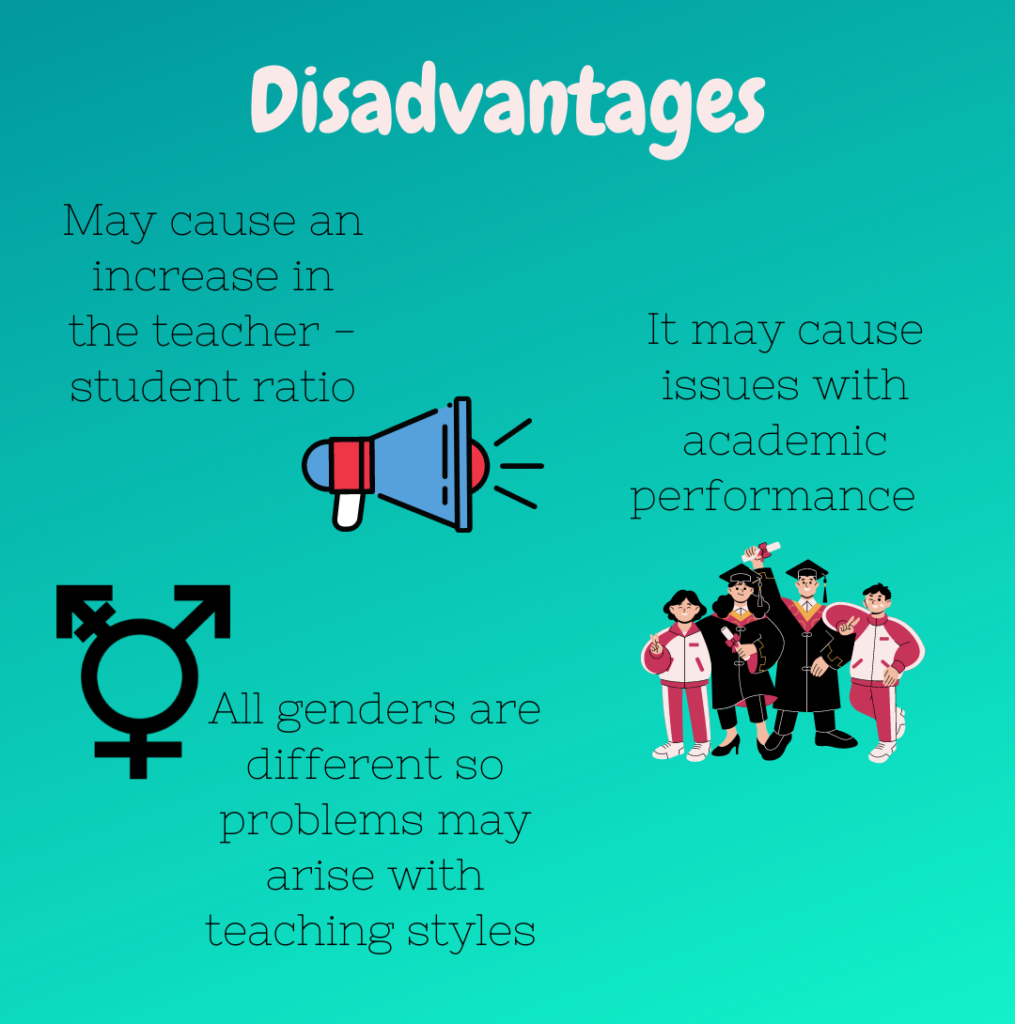 Some people believe that it’s not what school a student goes to that makes them better academically but how you teach those students once they get to that school.

This is because they have said that it is more important to focus on the individual rather than the school as a whole.

I agree with this statement but does this always work in theory! As well as having gender division as a whole in schools, there can also be gender division within mixed schools.

Overall, there is no definite yes or no answer to this question as it is people’s choice in which school they attend. I think whichever school you’ll attend, there’s going to be the same sort of education and the same sort of problems such as bullying going on in schools.