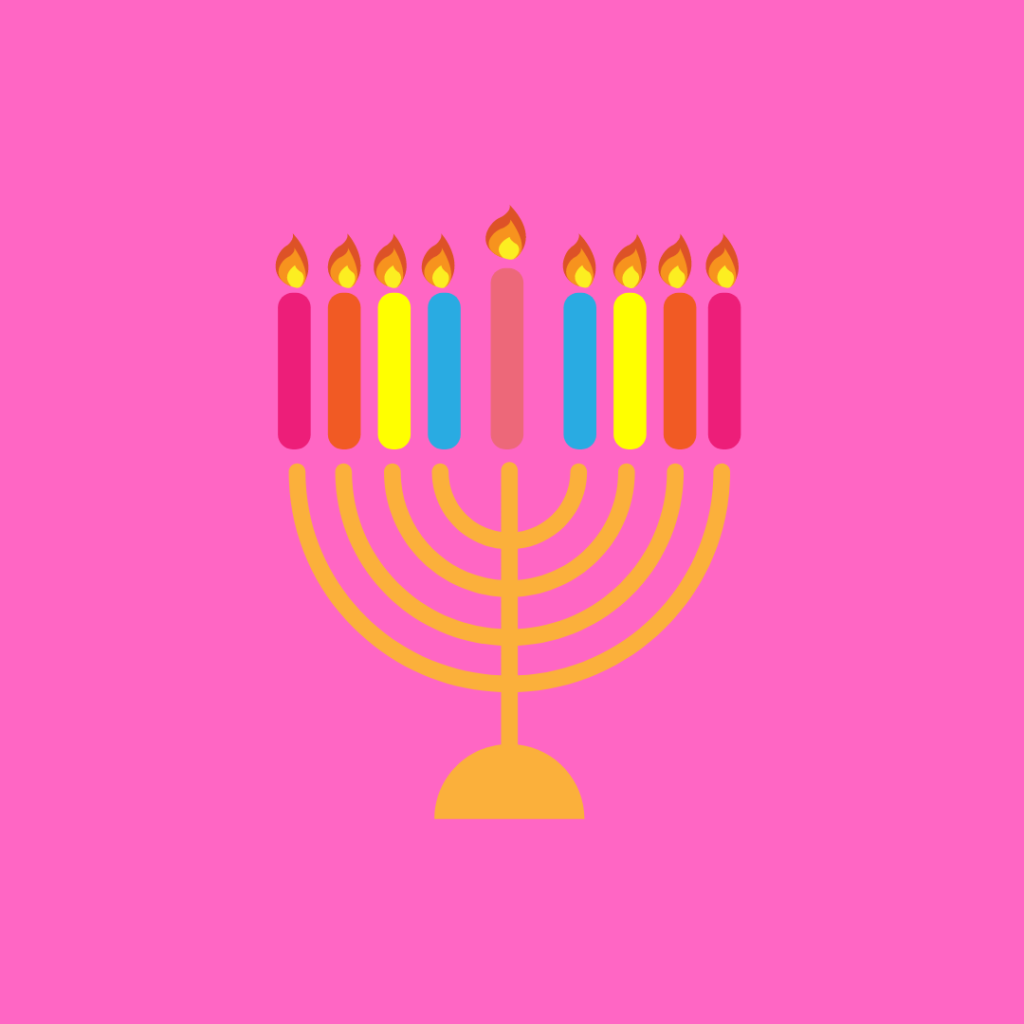 What is the Story of Hanukkah?

A long time ago a Syrian king called Antiochus banned the Jews from worshiping God. He put a big statue of himself in their temple and ordered them to bow before it.

Worshipping anyone other than God is against the Ten Commandments, and so a small group of Jews called the Maccabees fought back against the kings army.

After three years, they won the war and recaptured Jerusalem from the Syrians.

When the Jews went back to their temple, they saw that it had nearly been destroyed. They cleaned and repaired the temple. When they were finished, they rededicated it to God. They did this by lighting the lamp, which was a symbol of God’s presence.

They only had one small jar of oil which was only enough for one day. However, miraculously the lamp stayed alight for eight days! That is why Jews light a candle every day of Hanukkah.

Every evening, one branch of the Hanukkah menorah is lit by the shamash, the “attendant” candle which is the ninth and generally tallest branch of the menorah. On day one, the first candle is lit; on the second night Jews light two candles, and the pattern continues.

Prayers also occur with the candle lighting. Commonly, three prayers are said or sung on the first night of Hanukkah and two prayers for the next seven days.

Like many other festivals, food is a part of the traditions and these foods include those fried in oil to celebrate the miracle. For example, latkes which are pancakes made with potatoes, onions, eggs, flour and seasoning.

It is also customary to play many games at Hanukkah. The most common game using the dreidel, which is a spinning top with a different Hebrew letter inscribed on each of its four sides. They stand for ‘A great miracle happened here’.

Giving gifts is also done during Hanukkah. It is normally related to money, such as cheques and chocolate coins.