My Transgender Story – Looking back at Trans Day of Remembrance! 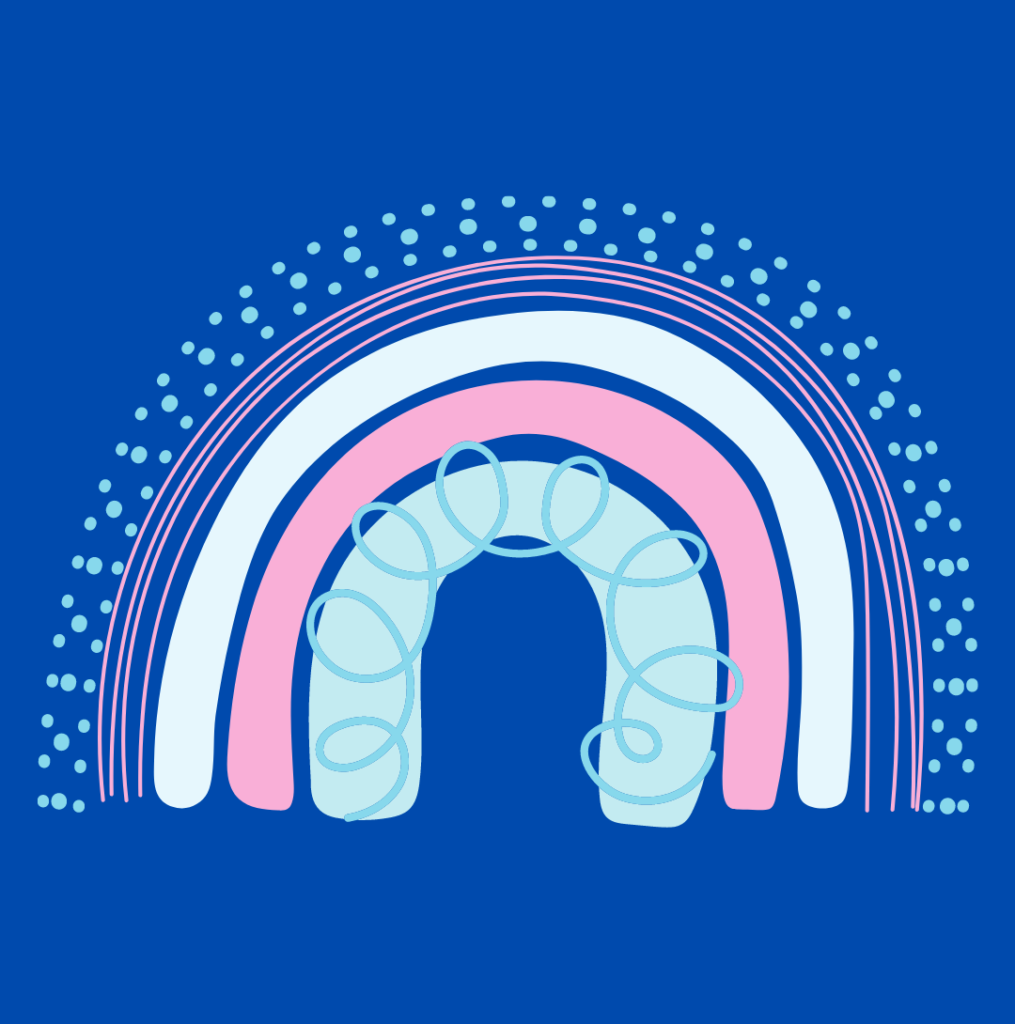 November 20th, is trans day of remembrance – and the past few months have granted me the opportunity to do a lot of remembering.

Specifically, the date I default to every time- December 2014. Two months past a five-month stint in Germany- I am twelve years old, sitting in a sparsely decorated bedroom on a laptop that is on its last legs, prowling through Facebook in the purgatory that is the point between Christmas and New Year’s.

I was in a lot of groups at the time. I didn’t really belong to a ‘community’ as such, nor a social group, and school life was difficult. It turns out that disappearing for nearly half a year and then returning without an explanation doesn’t do wonders for your social life. Who knew?! (I did very well.) In one of the groups was a post that linked to a Tumblr blog and, out of curiosity or perhaps simply boredom, I clicked it. It took a while to load- refer back to my laptop being on its last legs, and WIFIF in the back end of Leicestershire being subpar at the very best, but I was greeted with a soft pink background and a wall of text, daunting, to say the least, but I was interested.

Now, this is important because it marks the first time I read the word ‘transgender’ in a context that was not derogatory. In all actually, it was likely the first time I had read and understood the term in my life, spending formative years in a culture that did not forgive this group was also very likely a part of my ignorance. Also, notably, it was the first time I ever felt seen.

All of a sudden I had a word to explain the disclaim I had for the way my legs looked in the reflection of windows, to explain the distaste I had had since childhood, for the notion of expressed femininity within myself, a word that encapsulated my childhood tendency to gravitate toward the boy’s clothing section at Next and to almost always choose the male character in the Pokémon games I so adored, a word to explain my taciturn manner when outside of perceivably ‘safe’ contexts and give new meaning to a life that was confusing at best.

This should have been a happy revelation. It should have been a ‘eureka!’ moment, Archimedes jumping out of the bathtub and rejoicing at his discovery, anxiously running, despite his nudity, through the streets of Syracuse to share his newfound knowledge with anyone who would listen. It was not. Instead, it was a lesson that I came to hate- not for the messenger, but for the message it purveyed.

The messenger in this instance was a seventeen year old trans girl. With her blog, she shared GIFs of little animated reindeer and 8-bit aesthetic images and comics that presented common anxieties in humorous fashions. In any other instance, I would have enjoyed scrolling through it, but they were the postings of someone who was deceased.

The link I clicked that led to the post I read was a suicide note, and the writer was Leelah Alcorn. A name that, if you are in the loop of ‘trans issues’ may have been one that you have heard mentioned over the past six years. Her note should have been a tragedy- and it was, in all definitions of the word, but in my mind it became a lesson: that my feelings were wrong. That kinship, the joy I felt at finally pinpointing a problem that had been glaring me in the face for years came with a price. It would kill me, or it would try its very best to.

So I did what any other self-preservation fueled person would do, and completely pushed it down. I fumbled through year 8, morose and introverted, and jumped at the chance to move to Wales. For whatever reason, I still reallocated my feelings of dysphoria and blamed them on the place I was living rather than the body that I believed I had been trapped in.

I dyed my hair. I entered year 9, angry and abrasive and with a muddy accent that, to my horror, was described as Australian, put my head down, and tried to push it all away. It was dangerous. I thought it would only serve to damage what little stability I had left. Despite this, in October, I took the plunge and cut two feet of my hair off.

The haircut was not the ‘moment’. It wasn’t the turning point: no, the turning point came on a trip to Frankie & Benny’s, when a waitress referred to me as my parent’s ‘son’. There it was- shining in all of its unfathomable glory. I had been seen. From that moment of irreversible ecstasy, there was no turning back. In December of 2015, almost a year after I learned Leelah Alcorn’s name, I came out to my mum and a close group of friends. It took one more year to come out publicly.

What I learned was that yes, it was going to try to kill me. However, the dysphoria, though great in its numbers, was of no match to the euphoria I felt in truly living. My name was changed to the one my mum had planned for me before I was born. I had friends who loved me, I had a family who, though hesitant at first, supported me once the multiplicity of my happiness was brought to the surface.

Of course, as with any good story, there were blips, plot points that sent me spiralling. In 2017 I became a member of two different statistical groups for trans people- a concept that now, is bone chilling, to be reduced in all facets of my life to nothing more than a statistic too some speak volumes for the treatment of trans folk everywhere. It should not be that I, and others that I have spoken to, automatically assume the cause of our death to be suffixed with ‘icide’, and yet it remains something that I struggle with.

But despite all odds, I didn’t let it kill me. I applied my first dose of testosterone a week before my seventeenth birthday, and anyone who saw me on that day would have seen the drunkest, happiest young man on the planet. Over the next year and a half, I went through phase after phase of loving my trans identity to hiding it from any stranger who dared to engage in conversation as a result, no doubt, of being so ‘visible’ in the eyes of the people at Stanwell and reaping the discourse that such a loud identity sowed. (As an aside, no there is no ‘cause’ for ‘transgenderism’, and yes, I am still virulently bitter regarding the circumstances that require me to write those words.) Now, I want it to be seen- I want it to be part of me that I love wholly, unconditionally, and without justification. I want trans joy plastered across my face, I want to be happy and let it be known that the lesson I learned when I was 12 was profoundly wrong. Being trans did not kill me, being trans made me happier than I could have ever imagined I would be. It was the other stuff that made it foggy.

So trans day of remembrance and I am sad. I am sad for the people in my community whose lives were lost before they reached that moment of ecstasy that I hold so high in my memory, and sad for those whose lives were lost before they reached the point that I have not yet reached. Leelah Alcorn would have turned 23 on the date I was officially 21 months on testosterone, and I find myself wondering what she could have been. Tragedy comes when joy’s potential is lost, and I am tired of the landmines that trans people walk across to live a fulfilling life. Today I want to remember Leelah as someone who had her potential stripped from her by circumstances she could not control, brought on by people whose hatred for the label that defined her identity outweighed the humanity in their hearts. Leelah who, today, could have been celebrating a milestone by simply revelling in all the exultation that life has to offer: be it a beautiful sunset or an achievement. I imagine her, whose absence I feel deeply despite never having met her before life got in her throat, every time I celebrate one more month. She will never know what impact she had on my life- but I can try, and try my hardest, to honour her memory on days like these.

In essence, what I want is a happy ending. I want change to come in fear of tragedy, rather than in wake of it. Leelah’s death prompted a proposed ban of conversion therapy in the United States, but it should have not taken a viral note to cause this. I want trans joy to be sacrosanct, I want kids to find out who they are and be at ease with it rather than push it into the depths of their mind with a ‘consider later’ post-it note attached. I want a day that remembers trans people who lived jubilant and fulfilling lives, rather than a day that mourns those cut short. I want what everyone else wants: to live a mundane life, peppered with the extraordinary. I don’t want to be called brave or persevering or filled with perspective or wise anymore. I do not want people to tout how proud they are of me for daring to live a life that they view as frightening or dangerous. I want to be called happy. I want to laugh and love.

But for today, I am alive, and I am here, and ‘here’ may be as much of a miracle as ‘here’ could ever reach, and it is enough. There are more ‘here’s to see. There are more drunken nights and shrieks of excitement, more victories in adversity, more strange concoctions and words to write, and I am thankful every day for the world I walk in that was built and shaped by hands that will never shake mine. For today, remembering will suffice.