How to be an ally to the lgbtq+ community?

An ally is someone who supports a community such as the LGBTQ+ community without having to be a member of the community themselves. However, people within the community can also be allies to other identities and sexualities. For example, a gay person being an ally for a transgender person. 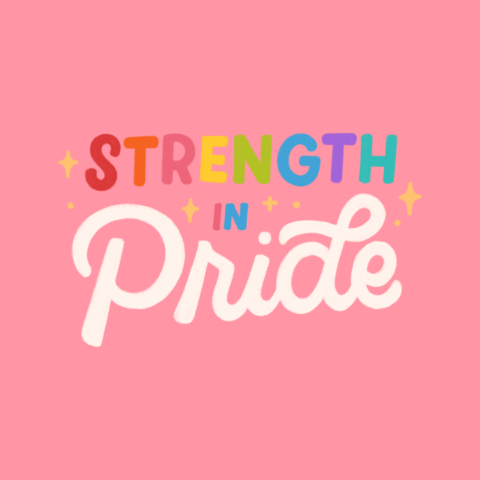 An ally is someone who supports a community such as the LGBTQ+ community without having to be a member of the community themselves. However, people within the community can also be allies to other identities and sexualities. For example, a gay person being an ally for a transgender person.

🏳️‍🌈 Listen to lgbtq+ folks – the best thing you can do as an ally is listen and learn. Listening can just mean being there for your lgbtq+ friends and listening to them if they want to talk about any struggles they are having.

🏳️‍🌈 Research – nowadays there is a lot online about lgbtq+ identities as people are more open about it. It is easier for allies to learn and understand, which is probably why our generation is more accepting of different identities.

If you want to learn more to be a better ally to someone in your life or just because you don’t feel you understand certain identities you can go online and find resources.

I find the best learning resources are those created by lgbtq folks themselves. People are putting their experiences and educational posts on social media. There are blogs you can read and videos you can watch and movements you can learn about.

🏳️‍🌈Don’t question people’s identity – it’s very important not to question someone’s sexuality or gender identity. Even if you don’t understand or they don’t fit the stereotype you’ve come to expect.

Being asked “are you sure your x?” Can be very harmful especially to those of us who are newly accepting ourselves or went through a struggle trying to figure out who we are, our genders and sexualities aren’t things we take lightly.

Even if you think they might be “wrong” for example if you think your bi friend is actually gay, if they’re identifying as bi then they’re bi, and if that later turns out not to be the case that is for them to figure out.

🏳️‍🌈 Stand up for people – if someone is being bullied or discriminated against whether it’s at school or work or just when you are hanging out in public, stand up for them and try to diffuse the situation instead of getting too angry.

Also, whether they are a friend or someone you really don’t know, offer them your support and let them know you’ll be there if they decide they want to report what has happened. Another important thing you can do is create a judgement free safe space for  lgbtq+ in your life and check that they feel comfortable and know that you’re an ally.

🏳️‍🌈 Try to educate others – If your friends seem to not really have an understanding of lgbtq issues you can try to educate them. A good way of doing this is sending them resources by LGBTQ+ people (for example send them blog posts, YouTube videos or tiktoks) or reiterate what you have learnt.

If your uncle says something offensive, homophobic or transphobic at a family dinner, call him out on it (if it is safe to do so) and try to educate him and the rest of your family if they too, have outdated views. You don’t have to be argumentative, just present the facts and try to educate them in a way that’ll get them to somewhat understand.

The best thing you can do is just try your best to be supportive and learn what you can from the LGBTQ+ community. Especially about the important issues impacting society, so that you can be the best Ally you can be. It really does make a difference to us having allies in our lives.