Representation of Climate Change – The Effects on Mental Health

Climate change relates to the shifts in temperatures and weather patterns. Some changes may be natural but the rate at which the changes are happening aren’t normal. Climate change has been affecting not only the world itself but affecting people’s wellbeing. 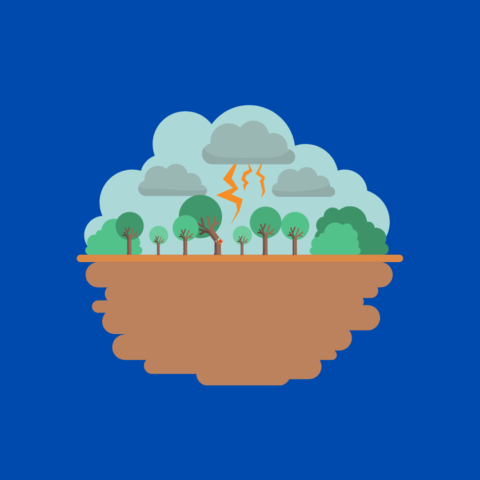 Climate change relates to the shifts in temperatures and weather patterns. Some changes may be natural but the rate at which the changes are happening aren’t normal. Climate change has been affecting not only the world itself but affecting people’s wellbeing.

How does the media present climate change now?

The media plays a huge role in the climate change discussion. It gets information out that is needed. Especially the information that individuals are’t going out of their way to read. However, the information may differ slightly depending on which country you are in.

Rather than trying to put a downer on people’s mood, we should try to uplift people to actually make change whilst giving the correct information about the topic. It sometimes feels like we are being blamed for something we didn’t even start, even if this isn’t the intention.

However, we should be held accountable for our actions now in a way that motivates people to actually do something. You also don’t hear much on how people can make change, you just hear the facts and that’s it.

How can the representation of climate change affect mental health?

🍓 Creates hopelessness – The media tells people the facts and severity of the state of climate change. It creates a sense of hopelessness as it comes across as something that is so bad that whatever an individual does is only going to have a positive effect on a minisual level.

Even though every little helps, what individuals do in their personal lives can’t keep up to the rate at which climate change is going. This is due to them being the minority of people helping. If the majority of people started helping, then we would have a bigger change.

🍇 Puts a downer on your mood – Intaking in so much negative news can affect your own personal worries. We can internalise the negative stimuli which can cause anxiety, become more sad about events, cause stress and become scared.

Climate Anxiety – Is there such a thing?

How should we present climate change in the media?

We should give information that is needed but in a way that doesn’t discourage people from taking action. Many people hear the news and want to take action but are too overwhelmed by the news that they are just about coping with what’s happening.

If the media presents climate change in a more educational way, maybe more people will be comfortable in facing climate change head on. The media should share more projects/campaigns that people can get involved in, as well as finding out how to create their own. There should be more information within the media about where to find good resources as well as other things to help climate change.

However, that motivation that individuals have will seem frustrating when not everyone seems to be taking climate change seriously. Especially the government and big organisations. We as individuals, the government and big organisations need to work together. It’s not down to one group of people but the world as a whole. However, be mindful that some people are better equipped to fight climate change than others.