Futuristic is a fictional short story written by one of our young people about what the future will look like for us! 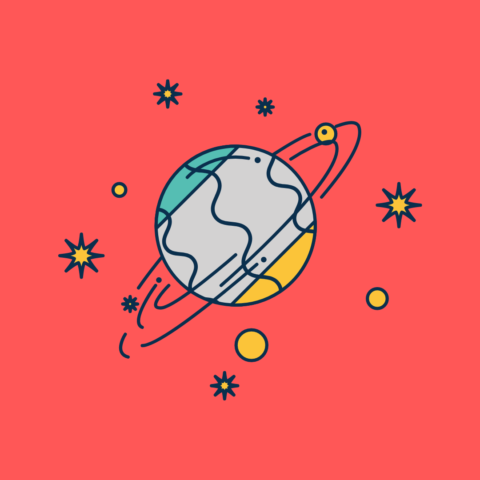 The sun struck the permanent dusk like a match, burning towards its maker. It scorched orange in the afternoon, and the morning. And the evening. It was always orange. Shaquana was simply glad it wasn’t purple.

She breathed in the familiar dusty air billowing from the south. Over the oat fields and camp farmers harvesting, the Caledonian sea glimmered gold, eating into the land, as hungry as businesses for money in the olden days. Shaquana’s own hands gleamed bronze, her hair silver, shining brighter than the abandoned motorway bridge standing grey and sickly on the horizon.

Voices buzzed into her ears like the murmur of a million insects, and she refocused on the ten-pupil class. Camp E’s children crouched by the gangly white frame of their teacher, Simeon, pointing between the wind-turbine-dotted mountains.

Simeon nodded. “That one’s a bull.”

The wild cattle herded together, grazing by the Highlands’ banana trees.

Simeon gestured to them. “Our ancestors ate cows all day long and drank their milk!”

It was a generalisation. Their ancestors migrated northwards from almost all two hundred of the original countries, with diets as diverse.

The children mimicked sick noises until Simeon quietened them. “They didn’t eat enough plants like us. Human health was poor during the Burning Years.”

“We always learn about the Burning Years!”

“And all the animal diseases-“

“No one cares about diseases. They’re so predictable.”

Heads whipped towards Shaquana, their headmistress.

“Tell us about the old times, Shaquana!”

Simeon blinked at the sudden energy, and looked to his mentor.

She had recounted some stories before. It was painful, sometimes. Other times, it was almost humorous how different it was.

She breathed in. “You know,” she began, “there used to be people all over the planet.”

The children shouted in wonder.

“Did you live in the desert?!”

Simeon hushed the class as Shaquana chuckled. “No. Ten billion of us lived in cities, head implants and all.” She felt like her grandmother, elderly and telling her past.

“Yes.” Her grandmother’s face flickered in her mind, as lined as bark. “Though, sometimes, it was unfair. Some people…” She searched for a kinder, simpler way to say it. “They wouldn’t be friends sometimes, if they had different-coloured skin.”

To her surprise, two children burst into hysterics.

“That’s so silly!” Freya giggled, clasping Anisha’s brown hand in her white one.

The children’s shouts merged into one multicultural voice, and Shaquana smiled. Her grandmother would have loved this. Her life had been long and hard like Shaquana’s, full of illness and loss.

Yet perhaps they had lost other plagues, like racism. Shaquana thought so.

Here was a community of equity, plenty, and love.

The old world had gone. For good.